Important: Regarding delivery delays due to coronavirus.

Sake is a crucial part of Japanese culture that is woven into the very fabric of Japanese society; it’s as if Japan itself was poured into a cup. As a result of its cultural importance, it is highly respected and as such, there are various social rules worth knowing when drinking sake in Japan if you want to be polite. On top of this, to properly enjoy an authentic and traditional sake drinking experience, you’ll need a shuki, or sake set. This article explains the dos and do nots of sake drinking in Japan and just what you’ll need for your own sake set. 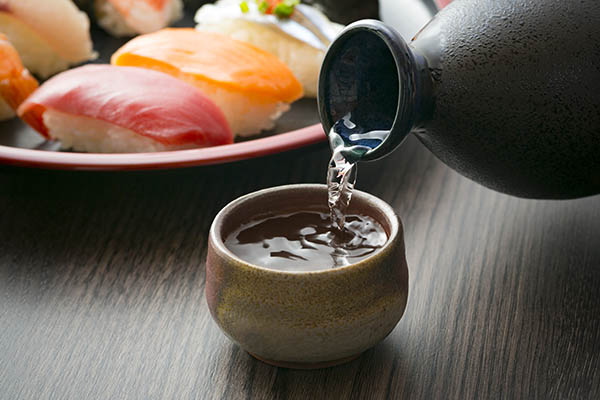 History of the Brand

Juyondai is a white whale for many sake aficionados, a hard-to-find sake brand that has developed a cult following due to its glamorous and mysterious reputation in the sake world. Despite being founded in 1615 in the northern Japanese Yamagata Prefecture, the Tagaki Shuzo brewery only really made a name for itself relatively recently when its toji (master brewer) retired and left the direction of the kura unclear. The company president’s son, Akitsuna Takagi, then took over and set out to craft a different sake experience to contrast with the light and dry sakes that were popular at the time. Under the Juyondai label (meaning 14th generation, named in honor of Tagaki’s father, who was the 14th generation to run the brewery), Takagi oversaw the creation of bold and bright sakes that quickly garnered a legendary reputation.

Sake is everywhere in Japanese culture, from weddings and warfare to business and social occasions. Not only is it linked to the divine as having a reputation of being the drink of the gods, but like alcohol traditions elsewhere, it’s a social lubricant and a key part of forming bonds in social and business occasions. The Japanese concept of omotenashi, or hospitality, also comes into play in sake drinking etiquette, where you take care of your friends or guests’ every need before your own. This is a crucial part of understanding Japanese culture and society. As such, when serving sake in a social setting, it’s good manners to serve every one of your guests before yourself.

When having warm sake, or kanzake, the sake (preferably a richer sake like a futsushu or junmai) is placed in a type of flask known as a tokkuri, which is in turn placed in a vessel holding boiling water. However, if the sake is chilled, it is often served in a glass tokkuri. When the sake in the tokkuri has reached the desired temperature, on formal occasions, the host picks it up with two hands and pours it into each of their companions’ ochoko (small cylindrical sake cups). When doing this, it’s good manners for the person receiving the sake to raise it toward the tokkuri with two hands, one supporting it on the bottom with the palm and the other holding it, and to give the person pouring the sake your full attention. It’s bad etiquette to chat with other people or look at your phone when receiving sake as it shows a lack of respect for both the sake and the person giving it to you. 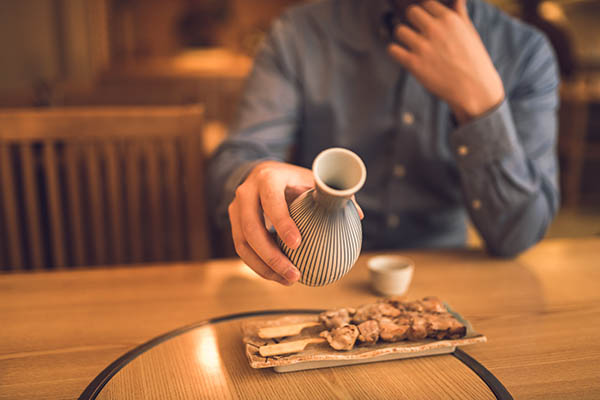 When receiving sake in formal occasions, you should say “otsukaresama deshita”, which is a polite way of saying thank you and acknowledging their hard work to look after you. In less formal occasions, this etiquette is still observed but less rigorously; the pourer and receiver may just use one hand and shouts of “kanpai” and “banzai” abound. The practice of pouring for others is known as oshaku and it creates social interactions and bonds, with it typically being seen as uncouth to serve your own sake, which is known as tejaku, or helping yourself. That being said, if you’re among good friends, this practice tends to stop after a couple of rounds.

When drinking sake, it’s sipped slowly and appreciated, and when drinking cold sake, or hiyazake, as they tend to be premium sakes like ginjo and daiginjo, generally treat them as you would a fine glass of white wine, sipping and savoring the flavors and fragrances it has to offer.

When considering what sort of sake set you’re after, you’ll need to consider the type of sake you’d like to serve. If you’d like to serve hot sake, then this sake hot water bath set is ideal. Featuring a vessel in which to place the boiling water with a hole for the tokkuri to slot into, not to mention ochoko to be used to serve the sake, the set contains everything you need to serve hot sake at home. Other good examples of fine sake cups perfect for hot and cold sake include this beautiful copper cup set and this copper locked cup set in attractive boxes that pay sake the respect it deserves. Sake was, however, traditionally served in masu, such as this Hokusai decorated masu. These square boxes were originally used for measuring rice, but now it’s common to see them when ordering sake in a restaurant, where, to show their generosity, the server will place a sake cup in a masu, which will then be overfilled to flow into the masu. If you wanted something a little more high tech for heating your sake, then this sake warmer, which serves more than enough for two, is ideal.

Naturally, if serving chilled sake, or hiyazake, glass tokkuri and ochoko are commonly used, such as those in this elegant cold sake set. When drinking daiginjo and ginjo premium sakes, generally served chilled, you will want to explore everything the sake has to offer and taster glasses such as those in this daiginjo glass set are ideal for doing so. While you may see chilled premium sakes being served in wine glasses, another option of stemware well-suited to chilled sakes is this marble mint sake glass, which guarantees you an authentic sake tasting experience. As mentioned earlier, sake features heavily in Japanese society and culture and a good example of this is the otoso sake New Year’s tradition, where sake is spiced – imagine the sake equivalent to mulled wine. Although this tradition varies around Japan, generally the entire family will participate in drinking from youngest to oldest from three sake bowls – three being a lucky number in Japan - that gradually increase in size. If you wanted to experience this charming tradition for yourself, then this spiced sake set is a must-have.

As with anything to do with sake, what’s best for serving your sake is often subjective and is just a question of taste. To explore other sake set options, be sure to explore more on Ippin. 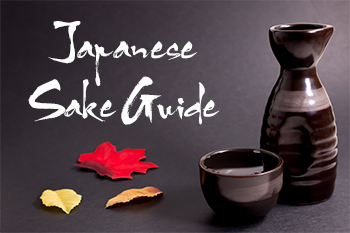 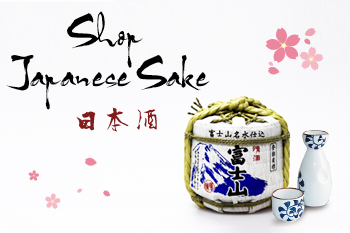